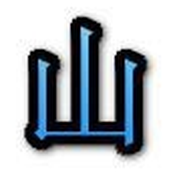 History of the project

I love board games like chess and draughts. This is something like that. This project is home made, so i decided to post this on lego ideas site. This project was created after 5 different lego prototypes. It was reconstructed 2 times after it became perfect. There will always be 2 blocks that don't fit into the storage, so be careful with them.

Why I build this

I build this because i like board games. This project is already the 2nd perfect board game made by me.

Object of the game

Good: to eat all of the meals and exit by the door. Bad: to beat the trolls.

the troll starts the game. Before  you start playing you have to make a enemy turn system so choose who will go 1st, 2nd, 3rd, and 4th.

When a good player rolled the dice, he can: Move, eat, throw. When a evil player rolls a dice, he can: move or damage. For a good player: move for 1 tile costs 1 action, for eating a block or a meal, it costs 1 action, for throwing a block, it costs 1 action. When you shoot a block, there are 5 kinds of blocks: Stone (x3) can slide until he meets a fence. Wood (x3) block does the same, but when he meets a fence, he explodes (when he meets an enemy he also explodes). Grass (x3) block does the same as the stone, but he doesn't damage enemies. Ice (x2) block moves only 3 tiles deep, if an Ice block would get into a lava tile, he becomes an obsidian and you can walk here with taking no damage. Lava (x1) block is the same as ice block, but upside down, so if an lava block would go into an ice tile, he becomes an obsidian and you can walk with no sliding ( if you go on an ice tile, you slide 2 tiles deep from direction you used to go). For a bad player: move for 1 tile costs 1 action, damaging (only when you are on the nearby tile) 1 action. You cant damage twice in one turn.

Lava tile: only a skeleton, "lavarith", eye trap and ghost can be on this tile. Other enemies or players take damage form walking on it. Ice tile: when an enemy or a player go on the ice tile, they slide 2 tiles deep the direction they used to go before.

End of the game

The game end only if: The enemies killed the trolls, or the trolls ate all of the meals and successfully escaped through the door.