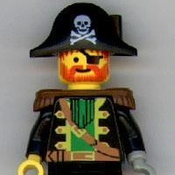 "In 1972, a crack commando unit was sent to prison by a military court for a crime they didn't commit. These men promptly escaped from a maximum-security stockade to the Los Angeles underground. Today, still wanted by the government, they survive as soldiers of fortune. If you have a problem... if no one else can help... and if you can find them... maybe you can hire... The A-Team."

Each episode of the TV series "The A-Team" began with this phrase.

When I was a child, in the roaring 80s, my father and I were losing not an episode. even today, when some private broadcaster gives the replicas, I look gladly.

These four Vietnam vets, framed for a crime they didn't commit, help the innocent while on the run from the military. They turned around the U.S.A. on the B. A. Baracus van, a custom GMC Vandura.

I have built a copy of that mythical van.

The colors and details are as identical as possible to the original, even in the side red band.

All the doors can be opened.

All the seat can be rotate like those on the show.

There are also a set of tools, with the unmissable blowtorch, and a computer station.

There are all the component of the original A-Team: the Colonel John "Hannibal" Smith, the Sergeant Bosco Albert "Bad Attitude" (B. A.) Baracus, the Lieutenant Templeton "Face" Peck, the Captain H. M. "Howling Mad" Murdock.