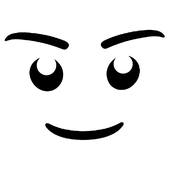 As a long time fan of the show I can't imagine a better way to tribute to it, as to make it from Lego. The show is running over 20 years, first aired in 2000. Since it had 596 episodes and welcomed 590 players on the show. Soon it will return with it's 41st season...
I think the idea is perfect for all ages, just as the show is loved by everyone regardless of age. The set would make a perfect playable set, where owners of the set could re-play favorite scenes from the show or could set up new scenarios. Re-create challenges, or jus compete in the fire making challenge. (Not with real fire of course). The potentials to extend the set are limitless considering the materials the show delivered all these years.
I suggest to include two main part of the show:
But you also will find other iconic elements like tribal immunity idol, individual immunity idol, vote collecting box...
I suggest 5 character to be included. 1 crew member filming the show, Jeff Probst (obviously) plus 3 additional player forming the final three of my Lego Survivor Tribe. Trust me I would loved to include more... But that way the mindfigs just overtaking the fact, that this is a camp and as well.
Obviously the hardest part was to figure out the characters I want to include. I just have way too many favorites. Who is your all time favorite player?
Players included (in no particular order):
*note: It's hard to be skin color accurate, as the players spend a lot of time on the beach, so I went for the same color for all characters. I hope this acceptable for the fans of the show.
The build is based on a 24*32 and 16*16 plate, forming the two different scene. It contains 1112 parts. All bricks actually existing ones, except the special printed ones.