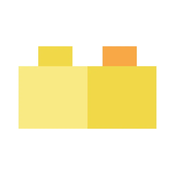 By BrickArt.NZ
84 comments
What is it?
The Trekka SUV is the only motor vehicle to be both designed and mass-produced in New Zealand. 2,500 were built between 1966-1973. The locally-built bodywork and interior was bolted to a mechanicals imported in kit form from Czechoslovakia. (Czechoslovakia was a sovereign state in Central Europe at the time, splitting in 1993 to become the Czech Republic and Slovakia)
There were multiple configurations available for the back section, here I've included two options for the rear door.
Why did you build it?
I wanted to learn how to use BrickLink's Studio program and thought having a project would be the best way. I wanted to build something that had a strong connection to New Zealand, something that could be played with by kids of all ages, and also be displayed as an interesting model. The Trekka seemed like a great match.
Why would this make a great LEGO set?
I think that the unusual history and characteristic design features of this vehicle makes it an interesting candidate for the LEGO collection.
Pieces
1825
Dimensions
Studs: W 43.2 x L 23.1 x H 24.6
Inch: W 13.6 x L 7.3 x H 7.7
CM: W 34.6 x L 18.5 x H 19.6
Weight
55.504 ounces or 1573.5 grams
Features