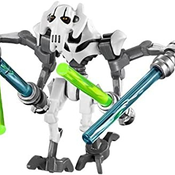 By Secretrunner
13 comments
Take over Ninjago city with the massive Over-Lord Dragon. This absolute beast of a LEGO build is a recreation of the Over-Lord's final, dragon form in Ninjago season 2, "The Final Battle". I tried to stay accurate to the actual dragon in cannon, and while it might not be sized to the exact size in the show, I still think I did okay.
I built several versions of this dragon in the past, and so I decided to give it a true shot with LEGO Digital Designer. I think this would make a good LEGO set because one: It has never been released before, and two: it is a very epic and evil looking dragon. Enjoy!