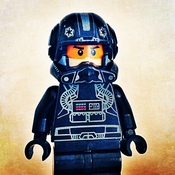 Presenting a LEGO version of Upin & Ipin's house. I created this set to be both playable and displayable.

It is packed with play features which enables you to relive your favourite moments from the Upin & Ipin animated series and film. Here are 5 highlighted play areas:

This set design contains 781 pieces and 4 minifigures. The minifigures are of Upin, Ipin, Kak Ros and Opah. Other cool LEGO pieces include Rembo the rooster, Apin the kitten, binoculars, teddy bear, 2 badminton racquets and a trophy.

If you haven't heard of Upin & Ipin before, it is a famous animation show from Malaysia, and is also popular in Indonesia, Singapore, Philippines and other Asian countries. They have also been named UNICEF Malaysia's national ambassadors for children.

More info on Upin & Ipin at their company website:

I also hope you can appreciate this set as a wonderful LEGO version of an archetypal traditional tropical village house. Countries located in the tropical region have similar traditional house designs, for example in South East Asia and to a certain extent in Central Latin America.

The set can also integrate well with the modular buildings as it sits on a 32x32 baseplate area.

In conclusion, I hope you will support this set and I hope LEGO will approve and produce this set if it can get 10,000 supporters. Thank you and keep on building!