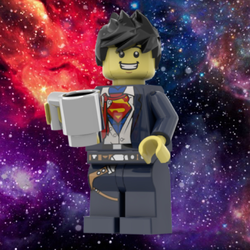 TheBrickBuilderPTY
8
This is a model of a Geek Bedroom.
It includes what you would actually associate to a any Geek Bedroom.
It is filled with the latest gaming setup, pop culture posters, videogames memorabilia, and action figures that totally blows your guests away.
The model has 230 bricks, which means it won´t be expensive and can be build by anyone. The set includes 2 minifigures (the geek gamer and his videogame avatar).The set also has new lego prints for the computer screens and posters
The reason I made this Lego is because I love video games and Geeky stuff, and I wanted to create a lego that represented the things I like, which is what I achieved with this bedroom design.
I think this would make a great set because some lego fans are geeks and geek culture covers from Baby Boomers up to Generation Z.
8