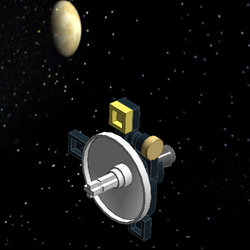 The voyager project has reached its 40 year anniversary.  All two voyager probes were launched by a Titan iiie rocket and subsequently the viking program putting two probes and landers on mars.  Probably the most diverse number of planets visited by this rocket/probe family.  Jupiter, saturn, uranus, neptune, and mars as the main targets and then interstellar space for the voyagers.

This project was originally started off to model up a titan iiie rocket at the inspiration of Eiffleman here on lego ideas, but grew into something bigger.  Designed to be at 1/110 scale; however, there is only so much that can be done due to parts.  The model does fall 4 studs shorter than what the actual rocket was and that is only because of lego part limitations.  Also playability, function over form, and closeness to the original rocket/probe is the aim.

More updates and redesigns are planned.