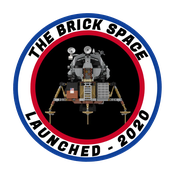 By TheBrickSpace
39 comments
The year 2021 will mark 60 years since people first traveled to space! The space race of the 1960s between the United States and the Soviet Union was a defining moment of the 20th century, and it led to great technological advancements. Both sides are represented in this project, with rockets from each side's first and second human spaceflight programs.
Vostok programme
The Soviet Vostok programme was responsible for the first human into space, when Yuri Gagarin launched on a Vostok rocket on April 12, 1961. Included in this model is the rocket and capsule from the flight.
Project Mercury
Mercury was the first human spaceflight program of the United States. Alan Shepard became the first American in space on a Redstone rocket during his Freedom 7 suborbital spaceflight. John Glenn would later become America's first person in orbit, during the Friendship 7 Atlas mission. Both the Redstone and Atlas rockets are included in the model.
Voskhod programme
The second human spaceflight program of the Soviet Union involved sending multiple people to space aboard the same spacecraft. This program would also see the first time a cosmonaut stepped outside their spacecraft, completing the first-ever "spacewalk". The Voskhod rocket, which launched two crewed missions, is included in this model.
Project Gemini
Following the success of Project Mercury, the United States' second human spaceflight program would focus on two man space missions, as well as long duration flight, rendezvous, docking, and extra-vehicular activity (spacewalks). The Gemini missions were designed to test technology needed for later lunar flights. Included in this model is the Gemini Titan II rocket, which successfully launched all 10 Gemini missions.
The rocket garden model itself is made from 2593 pieces, and includes plenty of dioramas for the minifigure attendants to enjoy! While there are slight discrepencies in the sizes of the rockets, they are all roughly 1:156 scale. The four programs represented in this project paved the way for future missions, and greatly helped us understand human spaceflight. With 60 years since the first human flight into space, the perfect way to honor that anniversary is with a LEGO Ideas set celebrating the achivements of Vostok, Mercury, Voskhod, and Gemini, as well as everyone who worked on the the programs and helped them succeed.