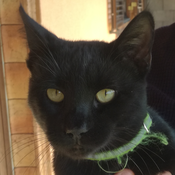 By Noctisnox
7 comments
What is it ?:
A set inspired by the Newbury salt mines.
History:
After the events of Night of the Harbinger the town of Newbury stops having paranormal events and J.B. tries to understand the causes of the disappearance of the ghosts from Newbury. Jack Davids and Parker L. Jackson return to their normal student lives. Jack to get BOO-Tube's Ruby Play Button continues to search for ghosts to grow his channel, but without success. Jack seems to be convinced by now that ghosts are screwing out of his life as Parker claimed, except his Spencer trying to cheer him up in exchange for some bacon.
Jack and Parker at Newbury High School meet a new student named L. Elizabeth who has just moved into town. Jack falls in love with the new student Elisabetta and tries to approach her by exploiting her fame on her BOO-Tuber. The girl immediately shows interest in Jack. Parker doesn't seem to like his new classmate and strangely reminds him of someone in particular the red stone pendant he wears reminds him of seeing it.
Jack convinces Elizabeth to go out with him in exchange for a phantasmagoric adventure. The girl makes an appointment with him at Newbury's Salt Mines. To impress the girl, he asks Parker to help him by using Spencer as a ghost to impress. Parker disagrees that Jack is going out with Elizabeth, advising him to stay away from her being that he suspects it is not what it seems, but Jack persuades that Parker and is jealous decides to act without her with the plan to impress. Elizabeth. Parker decides to go to J.B. to be helped to find out who this L. Elisabetta is.
J.B. a little indifferent to the research on the disappearance of ghosts from Newbury, she helps Parker discover through her skills as a hacker and researcher who is L. Elizabeth. J.B. and Parker discover that she is a descendant of Lady Evelina.
Jack at Salt Mines tries to instruct Spencer with the bacon on the plan to impress Elizabeth. Elizabeth arrived at Salt Mines convincing Jack to get the application to catch ghosts through a Sharing App. Jack and Elizabeth entered the mine, Jack puts his plan into action, but it doesn't go as he hoped. Two ghost miner skeletons attack Jack and Elizabeth.
Jack and Elisabetta capture the two new ghosts and find a strange machine with a strange ghostly artifact in which Spencer has been locked up. Jack and Elizabeth come out of the mine and find J.B. and Parker. Perker accuses Elizabeth of tricking Jack into hurting him. Elizabeth confesses that she tricked Jack into getting the ghost catcher to stop the Necromancer, a ghostly entity who has taken possession of her brother for obscure reasons.
Why did you build it ?:
I got hooked on the Hidden Side theme.
Why do you believe this would make a great LEGO set?
Simple and without too many transformable elements to be light to play with. But above all I would love an adventure like this on the Hidden Side.
Number of Bricks:
228
Minifigure:
1x - Jack Davids
1x - L. Elisabetta
2x - Ghost Miner Skeleton