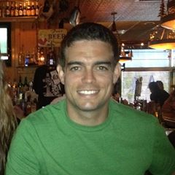 By HansenBricks
25 comments
The Uziel is the iconic mech from the PC game Mechwarrior 4.  Its stunning curved design and tripple-jointed legs made it instantly stand out from the other mechs in the Battletech universe.
These same qualities make it a very interesting Lego model that was quite a challenge to design.
Early on, it was mostly about finding the right techniques to emulate the curved torso as well as the multijointed legs. As the model progressed, optimizing the weight of the torso became an issue as I really wanted to maintain a leg design that was very close to the original concept art.
I hadn’t originally intended for a base to accompany the model, but towards the end of the project it became obvious that a base would be required to give the model the stability it needed. After some deliberation I settled on recreating a hex-base for the model, to mimic the bases on the Battletech tabletop miniatures.
The Lego Uziel Model has been quite a hit with Battletech and Mechwarrior fans so far.  Its great at bringing back that feeling of nostalgia for a game many of us loved when we were kids.