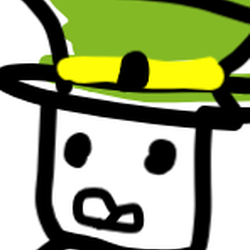 Space-Pirates vs Aliens. In this, what could be a future lego set, two teams are fighting against eachother the red team, and the green team. Pirates vs. Aliens.. what are they fighting over? you decide. This set has 360 pieces which includes the 5 minifigures. The 360 pieces build up to a pirate ship and a small minifigure scale alien spaceship.

The Space-Pirate Ship has a room with one bed and binoculars hanging on the wall, across from the bedroom is the storage room with a rack which has meat hanging off of it. Above the storage room is the helm (ship's wheel) which is removable for a better view of the storage room. The helm is accessible from the stairs leading to it. In the middle of the ship lies a sail with a skeleton wearing a pirate hat design on it. Around the base of the ship are 1x2 flat tiles to bring a more smooth look to the ship. Under the base is a clear stand for display (which is hard to see in the photos)

In conclusion, I think this set would be a cool and easy display piece for anyones lego collection, considering the clear display stands for both the pirate ship and the alien spaceship. This set idea has no new molds, and/or pieces. Though has some new prints including the minifigures and the sail though that is all. If you would like to see this set a reality, then please support this project, Thanks.