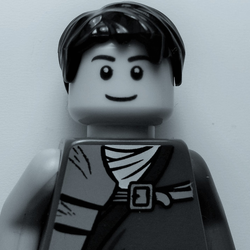 This building is one of the most recognisable of the skyline of the central parts of the Colombian capital, Bogota and ever since I was little I have admired this wonderful piece of architecture and its geometrical simplicity.

Seeing how the whole world is represented in the LEGO Architect sets and following the philosophy of inclusivity of LEGO, I would like to see the spirit of discovery keep on flowing beyond geographical borders. This is why I want a building from Latin America to be included in the LEGO universe to make it even more representative of a united and creative world where learning and discovery is the goal.

For those who want to look for the original, the building's called: "Edificio de la Corporación Financiera del Valle en Bogotá"