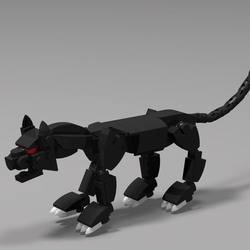 A tiny little project, my first one ever actually: yes, that's right, this is my first ever "serious" Lego build (although I mainly did it for fun). Anyways any tips and/or feedback would be much appreciated. If you support this, you have my sincerest thanks.
"This tower was once part of a larger complex, but time and the desert's sands have not been kind to it. Now, after numerous attacks from the Eastern Nations, the kingdom has decided to put some troops on lookout for an incoming invasion. There, the soldiers mainly train and survive, until, one day, a mysterious knight arrives..."
24
411
days left