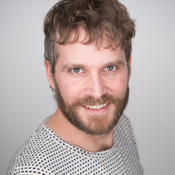 By Jaap Joris Vens
24 comments
I really like building LEGO motorcycles, and because there aren't many cruiser motorcycles in the LEGO lineup, I thought it'd be nice to design the ultimate custom cruiser. So I hereby present the Big Thumper, an awesome cruiser motorcycle with the biggest cylinder ever used in a LEGO motorcycle.
The term "big thumper" is used to describe large single-cylinder engines which typically produce a lot of torque and vibrations. By pushing this motorcycle around you can actually hear the distinctive "thumping" sound caused by the huge cylinder moving back and forth.
As a "hard-tail" motorcycle there is no real rear suspension, but this is why the weird-looking handlebars called "ape-hangers" are actually useful: when you see a bump in the road, you can pull yourself up from your seat to avoid getting pounded.
The handlebars are connected to the forks through an interesting steering linkage. This allows the rider to sit more to the rear of the bike. The floorboards attached to the engine provide a "feet-forward" riding position characteristic for custom cruisers.
Finally, there are a number of nice details such as a side stand, carburetor, air filter, speedometer, disc brakes, and an exhaust system.
I really hope both the LEGO Technic community and the motorcycle community will be charmed by this little model and give it enough votes to be considered by LEGO. Thanks in advance for your support!