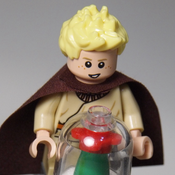 The dragon boat is a human-powered watercraft which was original from southern China more than thousand years ago.

Today, it’s become a famous international sport. For competition events, dragon boats are generally rigged with decorative Chinese dragon heads and tails. In Chinese culture, celestial dragons were the controllers of the rain, the Monsoon winds and the clouds. The Emperor was "The Dragon" or the "Son of Heaven", and Chinese people refer to themselves as "dragons" because of its spirit of strength and vitality.

The crew of a standard dragon boat is typically 22, comprising 20 paddlers in pairs facing toward the bow of the boat, 1 drummer or caller at the bow facing toward the paddlers, and 1 sweep (a steerer) standing at the rear of the boat. In some area like Taiwan, the dragon boat race team usually have the flag catcher in front of the boat to catch the flag at the finish line, which team can catch the flag the first will win the game.

Dragon boat races were traditionally held as part of the annual Duanwu Festival in China, Hong Kong, Taiwan and many areas of East Asia with a significant population of ethnic Chinese such as Singapore and Malaysia. Since it’s usually a national holiday of annual Duanwu Festival, people will go to see the race along the river side.

This set is the theme of a traditional Chinese Dragon Boat Festival (although with smaller crew of 4 paddlers only, but still a complete team with the flag catcher, the drummer and the steerer). Along the river side, there are many people watching the game, a photographer at the finish line to shoot the final moment, and a chair woman will give the champion cup to the winner team.

Also, welcome to see my other works:

The Little Prince, Pilot, Airplane, Asteroid B-612 and his Rose