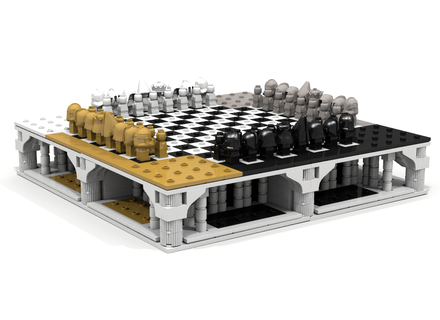 If you like this check out some of my other projects!

The major difference is that you now have to worry about people attacking you from the side.  If you look at this new picture you will see a little of what I am talking about.  White moves the pawn forward two spaces.  Gold moves his forward one space and gold queen now has white king in check.  Black pawn moves forward one and silver pawn moves forward one.  Since pawns can attack diagonally silver can now attack black and vice versa. 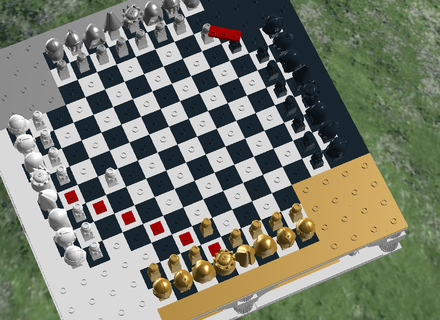 Whoever is white goes first and then it goes clockwise from there.

When a person goes into check mate they are out of the game.  Rules can vary here at this point.  The person to put him in check mate either takes control of his pieces or his pieces can be completely removed from the game.

That is the basic concept behind the game, but there are other rules you can go by (you can Google four player chess rules to see other ways to play; There is a three person diamond chess game as well).