Check my other projects here - Reekardoo! - They need your support!


The adaptation of James Cameron's saga, starring Sam Worthington, Zoe Saldana, Stephen Lang, Michelle Rodriguez, Joel David Moore, Giovanni Ribisi and Sigourney Weaver, to the brick world of Lego! The film is set in the mid-22nd century, on Pandora, a moon of a gas giant in the Alpha Centauri star system. The mining colony threatens the local tribe of Na'vi which are forced to fend for themselves trying to save their home. 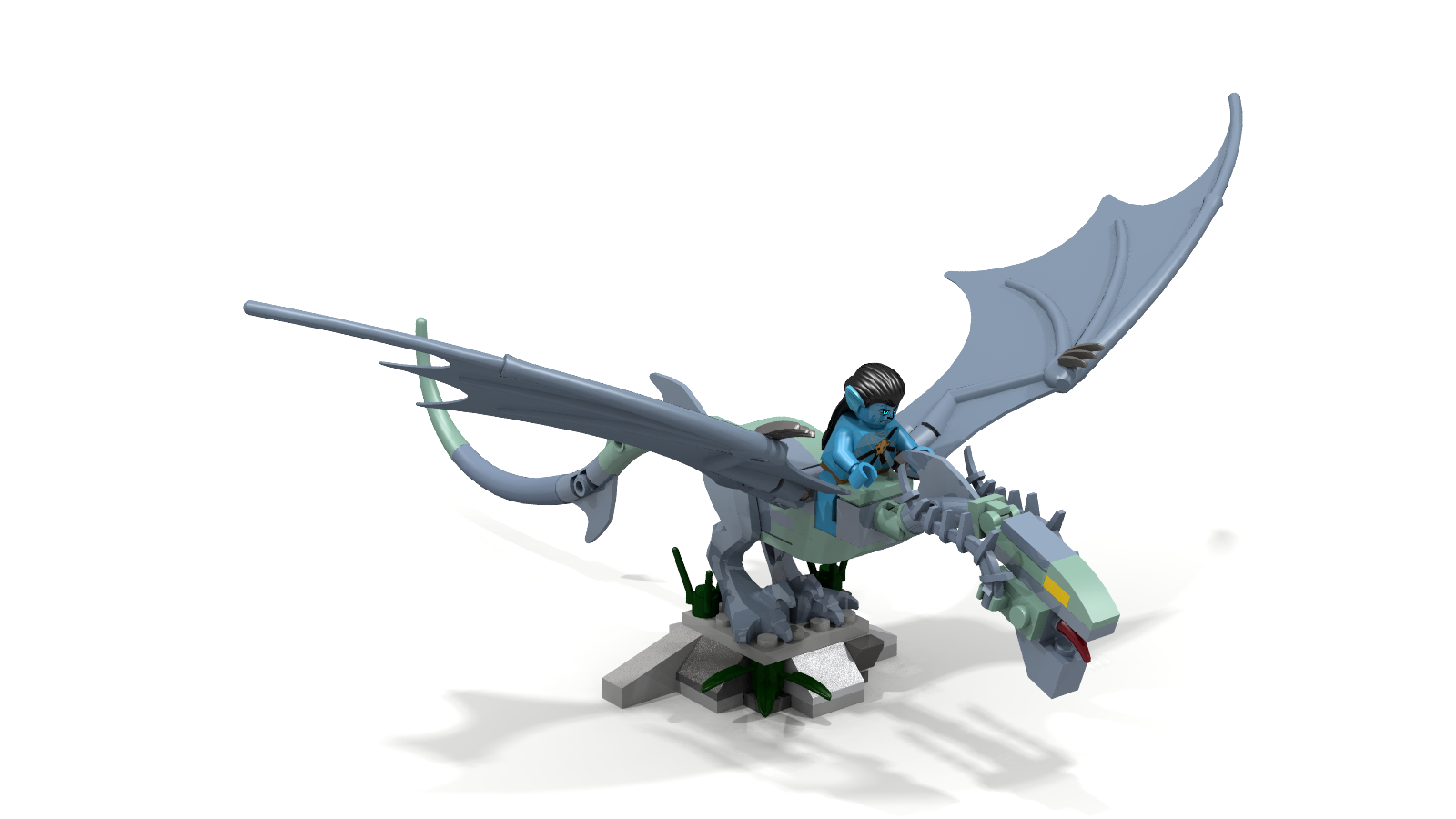 Mountain banshees (Na'vi name: ikran) are large, bird-like aerial predators that are native to Pandora. They are used by the Na'vi for hunting from the air and traveling larger distances. Ikran are also used in battle, where the mount attacks its opponents from the air.
Bonding with a banshee and becoming an Ikran Makto is a dangerous and required rite of passage for Na'vi warriors in some clans, including the Omaticaya. Like the direhorse, a Na'vi can connect to a banshee through a neural interface that allows animal and rider to move with apparent effortlessness through the skies. Unlike the direhorse, however, the banshee will only bond with one Na'vi in its lifetime. It is unknown whether the banshee or its rider can bond with a new partner should the previous one die, as is the case with Neytiri's mount Seze having been killed during the Assault on the Tree of Souls.
The mountain banshee rookery is high in the Hallelujah Mountains. The largest rookery, which features the largest specimens (and therefore the best to tame for riding), is in grottoes and outcrops on the sheer cliff faces of Mons Veritatis, one of the largest of the floating mountains. It is here that the Na'vi come to select (and be selected by) a banshee for domestication. The bonded mountain banshees nest in the highest branches of Hometree, where they can be close at hand for their Na'vi rider.

The mountain banshee (like its smaller cousin, the forest banshee) is highly adapted for flight. Specially developed muscles attached to the breastbone allow for the powerful strokes needed to achieve lift. Xenobiologists continue to study the aerodynamics of the banshee. It is believed that all of Pandora's flying animals take advantage of gravity that is lower than Earth's and the increased air density, (which requires more force to displace with the downward/rearward stroke of their wings, and thus gives the animal's body more impetus with each flap). The downside is that the denser air is harder to move through, and requires highly-efficient streamlining to achieve high flight speeds.