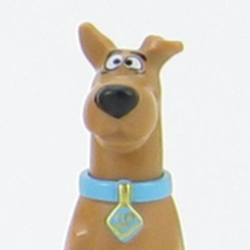 He's tougher than the toughies, and smarter than the smarties, and he made his fortune square. Now the house of the richest duck in the world can be made out of LEGO.
Based on the 2017 reboot of DuckTales, McDuck manor comes with everything you need to recreate all of the Duck family's greatest adventures. Featuring rooms such as the living room, the dining room, Scrooge's bedroom and bathroom, Webby's attic, the triplet's bedroom, and the wing of secrets (also known as the garage). You have plenty of places to set up your characters, and the open back makes for easy play.
For adventures outside of Duckburg take Scrooge's plane out for a ride. The Sunchaser seats six minifigures and comes with a TV (playing the Darkwing Duck credits) and Launchpad's Darkwing Duck bobble head.
Including many easter eggs from the many different episodes, this set is perfect for any fan of DuckTales (Woo-oo!).
- Includes 13 minifigures; Scrooge McDuck, Della Duck, Huey Duck, Dewey Duck, Louie Duck, Webby Vanderquack, Bentina Beakley, Launchpad McQuack, Lena, Violet Sabrewing, Flintheart Glomgold, Magica De Spell, Goldie O'Gilt
- Includes the Sunchaser, Scrooge's limo, and the money fountain
-Includes Scrooge's number 1 dime in a display case and the set pieces of Dewey Dew-Night
This set includes roughly 2500 pieces