By Furno
0 comments
Will the Empire defeat Revan and his droids? Or will Revan defeat the Empire? You decide with The Foundry!


The Foundry is a Flashpoint (group instance/dungeun) in SWTOR (Star Wars: The Old Republic)
In this Flashpoint, go to a place known as The Foundry where Revan, the Sith who became Jedi and is now neither jedi nor sith. Revan uses The Foundry to create an army of Extermination Droid units to eliminate all Sith Purebloods in the galaxy. Leading these droids is HK-47. This set will include a mixture of the Foundry battle against HK-47 and Revan.

FIGURE DETAILS:
Revan will have his hood and cloak, his face will be regular on the front and his mask on the back, he will also have a purple lightsaber.
The agent will have a blaster and an explosive droid
The sith will be a pureblood and have a rebreather and a red lightsaber.
HK-47 will have his sniper rifle
the extermination units will have either blasters or sniper blaster (the long and short SW lego blasters)

One more thing before I go into pictures and details on them...
The Chiss agent and Sith Pureblood are both just random, it is kind of hard to make the people who fight Revan when any group of SWTOR players can which is a lot of species and customizations. So the agent being a Chiss is because my agent is a Chiss, the Pureblood is because Revan plans to eliminate them so it makes sense for him to be the fighter.

INDEV! I will make more stuff for The Foundry soon! Please Support! 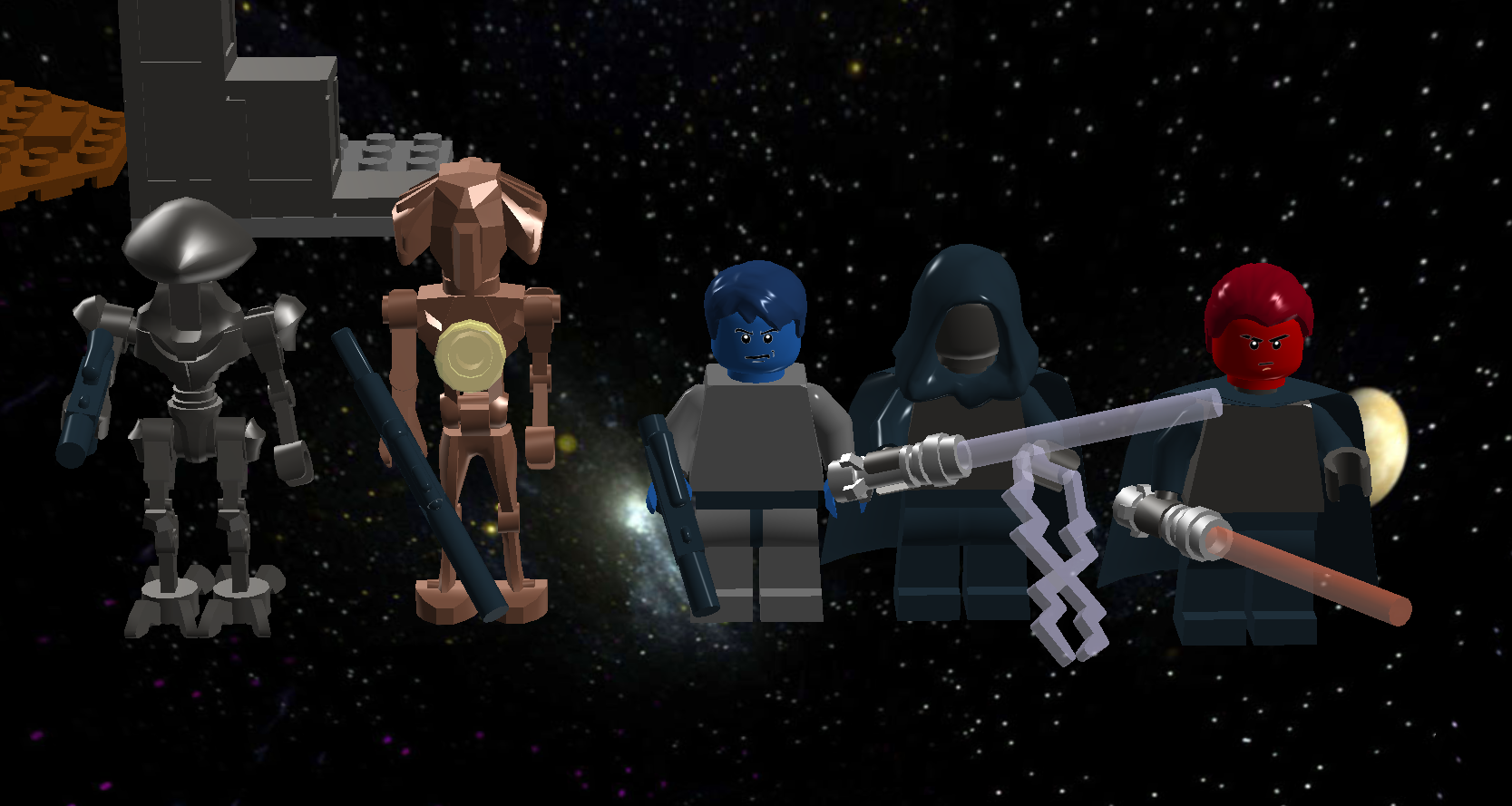 These are the planned figures to be included...
from left: Eliminator Droid X2 HK-47 (i beleive he is copper while HK-51 is silver), Imperial Intelligence Agent, Darth Revan, and the Sith Pureblood. 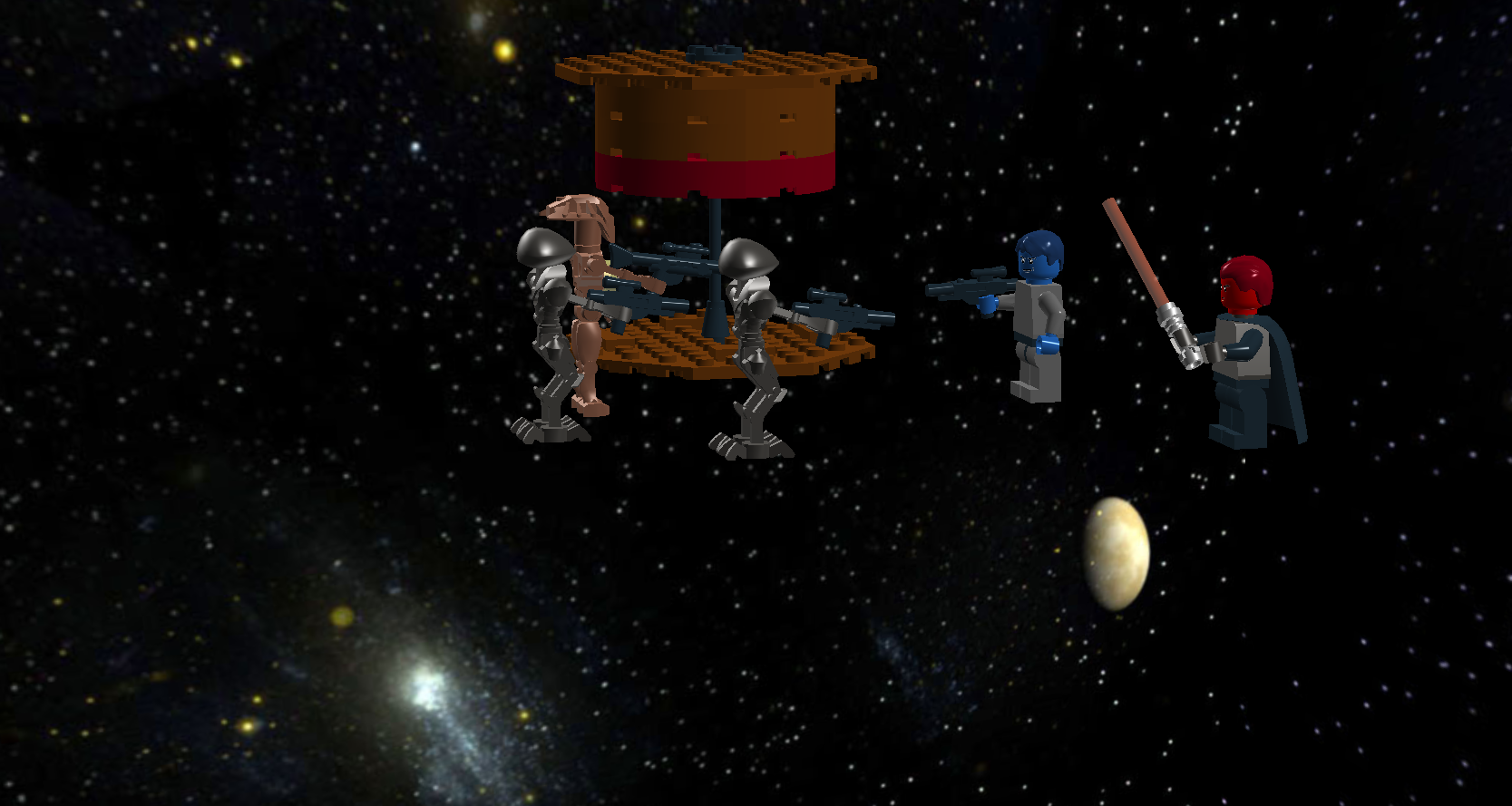 Heres the scene where SWTOR players will fight HK-47 after he reveals his plans to destroy all Sith. He appears out of the large brown pod. The pod can hold HK and slide up or down to enter battle or shield himself!

After yelling that, HK-47 closes himself in the pod and a few droids come out to attack you, which is why the droids are in this set.

Who will win? You decide! 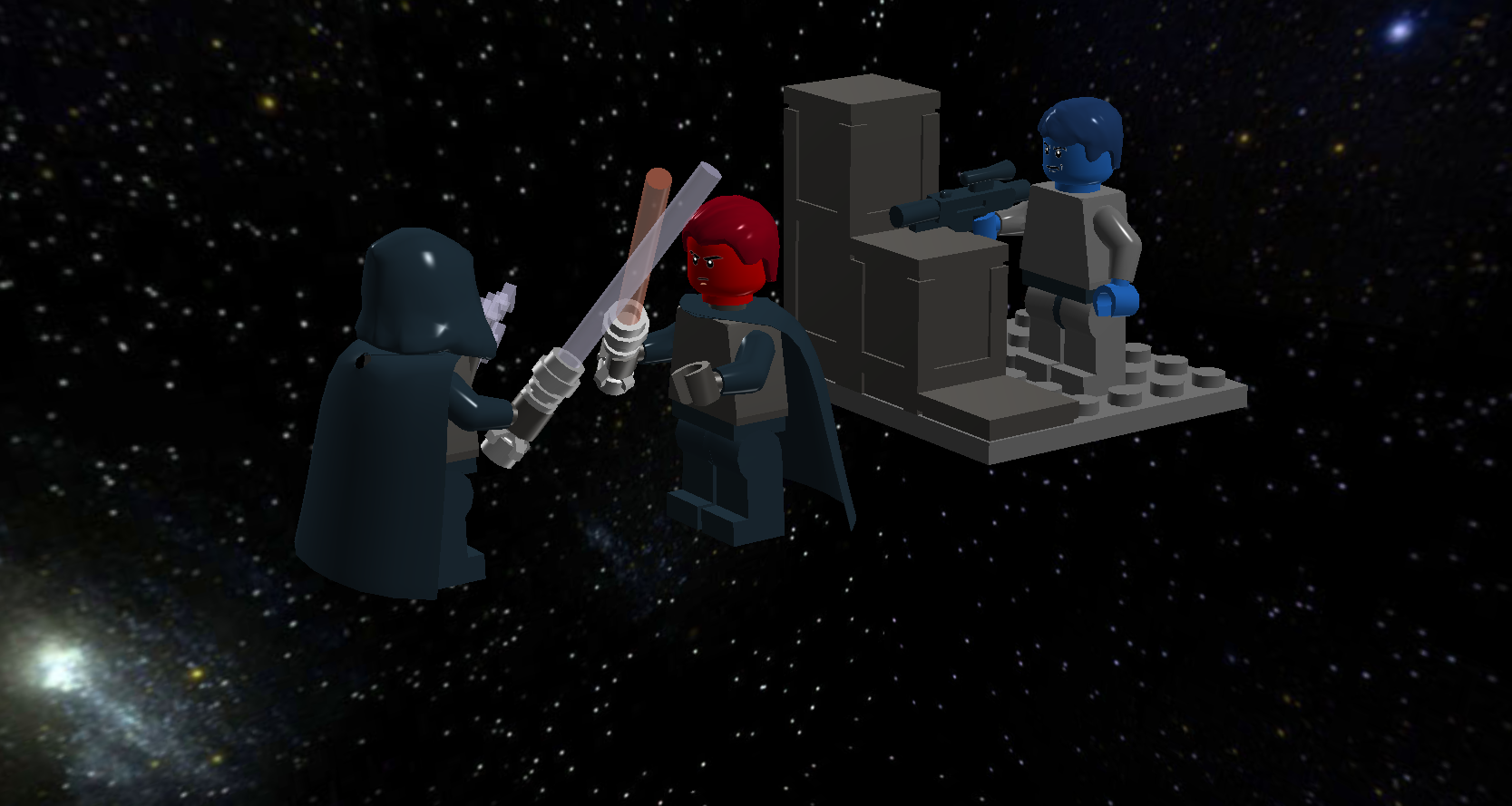 Heres another picture of the fight between Revan and the Sith, but in this one you see the agent takes a stand as well.

Included in The Foundry Lego set will have a small base with crates for the agent to take cover under while he prepares to attack! 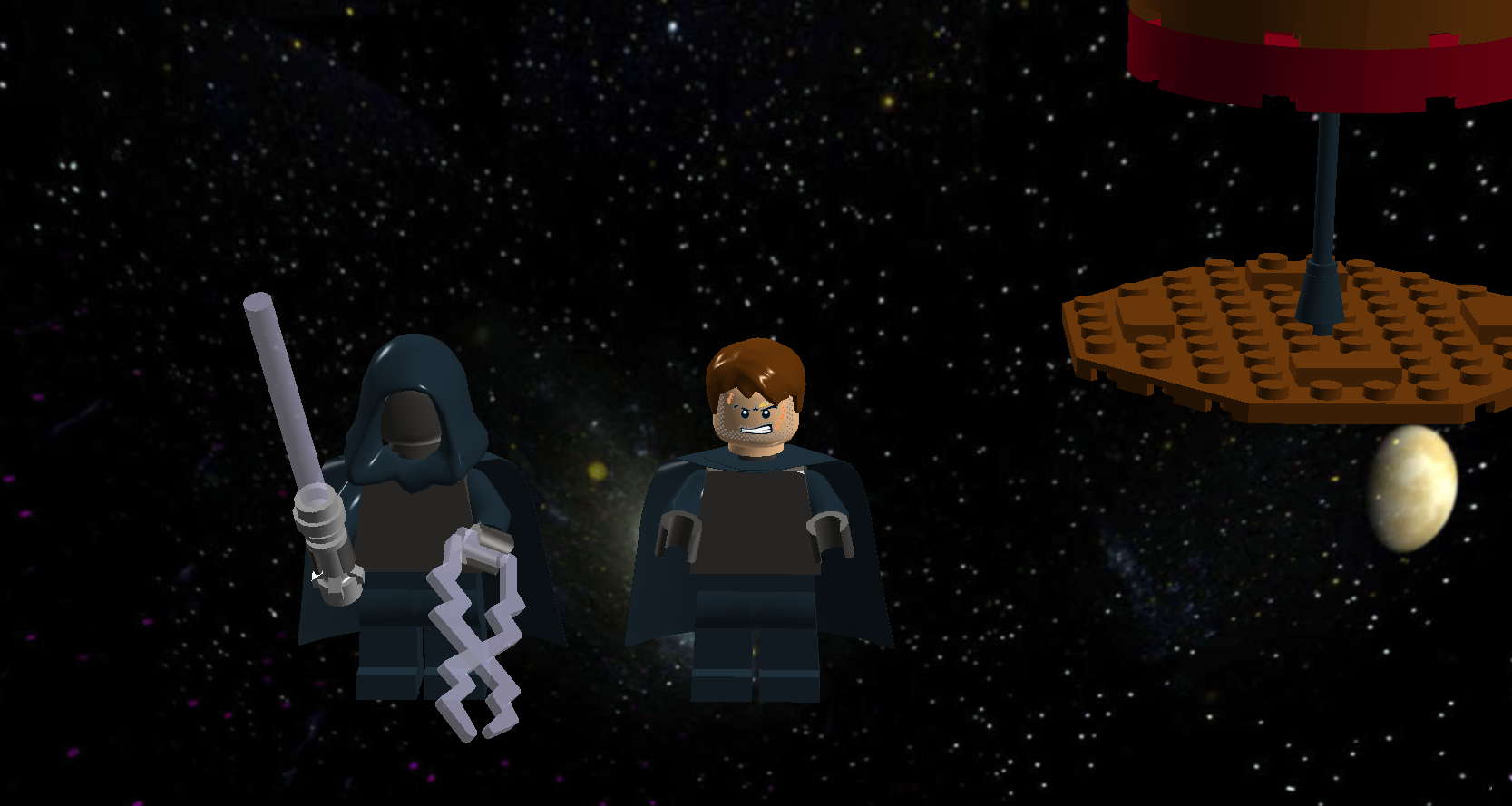 Heres a better view of Darth Revan. On the left is Revan battle ready (Only 1 Revan in the set).
Revan has a flip face between his actual face and his mask on, The set will have a hood and a hairpiece because in the Flashpoint, Revan only has his mask on for the fight. He will have a lightning piece and his purple lightsaber. Revan is a very interesting and cool character in The Old Republic and will make a must-have figure in every SW fan's Lego collection