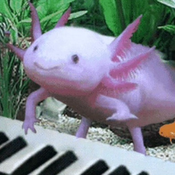 By HylianBrickChampion
14 comments
This is a brick-built model of the Bokoblin and Keese from The Legend of Zelda Botw game! I built it because I think Lego should do Zelda sets, and the Bokoblin is one of my favorite Zelda enemies! I believe this would make a great Lego set because I want a Zelda Lego series, and I think this would be a fun build for any fan of building figures from Lego bricks, and a fan of the Zelda series and games, too! In this model, there is a fully articulated and poseable Bokoblin brick built figure from the Legend of Zelda Botw, with a Keese from Zelda, with poseable wings, and turnable eye. The Bokoblin’s accessories are a Boko club and a Dragon bone boko shield from the game.