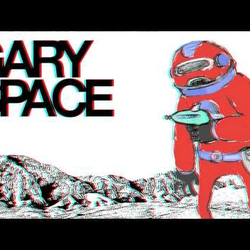 By GarySpace
6 comments
In the near future (not too near because that would be concerning if there was this level of technology), the EDEN Mech is both a heavily armoured defensive tool, but a capable asset in the case of an attack scenario. The "Trident" corporation both manufactures and uses these capable mechs in colonising missions all across the Andromeda galaxy. Not only are the versatile mechs useful for protection against threats, but they also can carry 4 metric tonnes of cargo (update coming soon).  With it's heavy machine gun, flamethrower, and small guided missile launcher, the weapons systems are fully capable of fending off any threats to the operations. The claw arm allows for quick heavy lifting to be done, and eliminates the need for transporting machinery. The EDEN mech requires only one driver, and they can easily operate this mech with the extensive controls and dials in the cockpit. The versatility of the EDEN mech allows it to be very useful in any scenario in alien environments as Trident seeks new worlds and places that will support human life.
The EDEN mech would make a great LEGO set because of its versatility between play and display value. Both Adults and Kids can enjoy the epic and intimidating, yet realistically grounded model, whether it is through looking at it on a shelf or desk, or playing with it on imaginary planets.
The "Trident" uniforms and name are a nod to the origin of the majority of the main parts used to build this creation, the "Aqua Raiders Crab Crusher (set #7774-1)".
Follow me for updates including the cargo pack and other future additions!