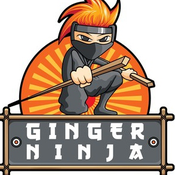 By GINGER_NINJA
26 comments
In the far future, some mad science experiment gone wrong escaped a lab and wreaked havoc on our planet in the form of robotic dinosaurs, designed to destroy anything they see. As the people tried to fight back they saw that the only way to fight these mechanically engineered dinosaurs was to make dinosaurs of their own. Eventually some brave engineers came up with a final design, and named it: The Tyrannosaurus Mechs.
Finally the people had a fighting chance in their huge mechanical masterpiece with an opening and closing cockpit with enough space for a pilot, fully posable appendages and bulky feet to support its weight.
Thank you for checking out my submission and I hope you'll consider supporting it! :)