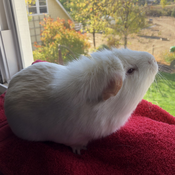 By FrodoBaggypants
15 comments
The Space Helperexo V.1 is an all space machine built for hard labor in space and exploration. It’s been used on the work mission Exodus 501 which it was used to help obtain kyfon from the star ‘Steve’. Okay, that was the description from the lego guy who thinks he’s alive (don’t tell him I said that). Anyway here is a description of it from me - Dear Reader this idea came to me from trying to build a dwarf... which ended in my failure. So instead of building a dwarf I decided to make a space mech out of the body I had made for the dwarf, and created Helperexo V.1. I built this because I wanted to submit it on lego ideas,and because I like outer space. I think this would make a great set because it has potential in the future to be better than it is.