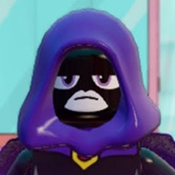 Dexter’s Laboratory, the first Cartoon Network Original Series, and one of my favorite TV Series ever made. Created by Genndy Tartakovski (Samurai Jack, Star Wars: Clone Wars) this series about a genius boy named Dexter, under the torment of his older sister Dee-Dee has left such an impact on audiences from all around the world. As it aired, the show had 78 episode, several Emmy Nominations, a Macy’s Thanksgiving Day Balloon, and was the beginning for many industry icons, such as Craig McCracken (The Powerpuff Girls) and Butch Hartman (The Fairly-Odd Parents).

For being responsible in putting Cartoon Network on the map, I believe Dexter's Laboratory more than deserves its own Lego Set.

I decided not to overcomplicate my model so it can appeal to kids who might’ve stumbled across the show on Boomerang or HBO Max, and adults who watched the show as it originally aired. This is why the structures in the Laboratory are much smaller and easy to build, yet recognizable to the actual show.

Since Dexter’s Laboratory doesn’t have any specific structure of how things should be placed, I gave myself lots of creative freedom in designing this set. I watched through a few episodes and looked for inspiration from some of the ways in which the background artists for each episodes were able to design the environment.

To keep true to the actual show, the only way into the Lab from Dexter's room is through his bookcase (it being the size of a wall is in reference to "The Big Cheese" episode). There’s a sliding door that you can move left and right with your fingers to help Dexter get to the other side (as can be seen in images 8, 9, and 10).

Another thing to note is that since the Room and Lab perfectly compliment one another (orange and blue), kids would be likely to stop, and take notice as they’re strolling past the isles of many other toys.

Thank you very much for reading up to this point! I hope you liked what you saw.