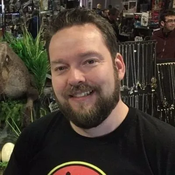 Captain America represented the pinnacle of human physical perfection. He experienced a time when he was augmented to superhuman levels, but generally performed just below superhuman levels for most of his career. Captain America had a very high intelligence as well as agility, strength, speed, endurance, and reaction time superior to any Olympic athlete who ever competed. The Super-Soldier formula that he had metabolized had enhanced all of his bodily functions to the peak of human efficiency. Most notably, his body eliminates the excessive build-up of fatigue-producing poisons in his muscles, granting him phenomenal endurance.

Captain America had mastered the martial arts of American-style boxing and judo, and had combined these disciplines with his own unique hand-to-hand style of combat. He had also shown skill and knowledge of a number of other martial arts. He engaged in a daily regimen of rigorous exercise (including aerobics, weight lifting, gymnastics, and simulated combat) to keep himself in peak condition. Captain America was one of the finest human combatants Earth had ever known.

The LEGO Captain America is made up of 810 bricks and is based on the Captain America look from the recent marvel films. We think this is great for any Marvel fan as a display piece.

I look forward to hearing all your feedback!