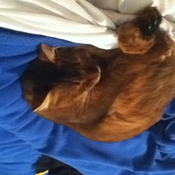 Brixburg Stadium is the largest stadium in the fictional city of Brixburg. The stadium has lots of seats for fans, and a large car park. There is a gold statue in the plaza. The biggest feature of the stadium is its unique curved roof. Complementing this are the support ribs along the sides of the stadium. Inside the stadium there is a lush green pitch and two jumbo screens suspended from the roof.

This model has 1161 parts, with large amounts of metallic silver. It sits on a 32x32 base plate. The model is designed as a display piece. Its size give it presence in a collection.