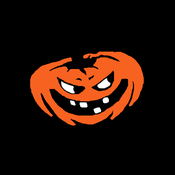 This is the Rebel Snowspeeder as seen in Star Wars episode V : The Empire Strikes Back. The focus of this project was to recreate this vehicle in the smallest possible size while still keeping the most important characteristic features of it and not going into a UCS set. This craft shall include two minifigures: Dack Ralter and Luke Skywalker from set 75049.

This vehicle is fairly ridged and has many features. It has all four of the air brakes, two on top and two on the bottom at the back of the Snowspeeder. The cockpit can be opened where the two minifigures sit and have plenty of vertical space to sit up well. The driver has a targeting computer as a printed slope piece from set 7130 and two control sticks. The gunner at the back only has a reel at his legs which leads to the final feature of this model. The Snowspeeder would not be a Snowspeeder without it's harpoon gun and tow cable. The harpoon gun is located in front of the back window of the cockpit and the cable is reeled up inside of the cockpit. The great part about the tow cable feature of this model is that it's auto releasing which is achieved by simply not tying the cable to the reel. I have photographed the reloading process of the cable in detail. I have uploaded images from Lego Digital Designer and images of the real model that I have built. The biggest difference is that on the LDD model the hook is missing which I could not find in LDD hinting that that part is no longer produced in the light bluish gray color.

These were all the features of this model, as I said before this model is fairly strong but it has some weak points mainly at it's nose where if you grab it from underneath it can break off quite easily but it is also very easy to put it back.

This concludes the description of this model, I think it is very good for playing with and also displaying on a shelf.