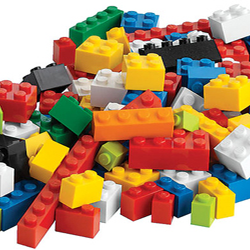 Its a simple train MOC that i came up with, i was originally gonna make a GE ES44AC, but then i decided to switch to an EMD F40PH. I built it because i thought it would fit nice with anyone's LEGO city and since this is mainly a passenger engine it would look great with any LEGO passenger cars, especially the LEGO Metroliner Set from the 1990's era. This would be a great set because its not too complex, and it's a design that a person any age could practically build.
18
161
days left