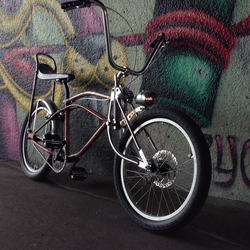 By Tenorfifteen
4 comments
This 7-stud wide creation isn't "JuSt A cOrOlLa", but an cult icon warranting its own brick built counterpart to commemorate its upcoming 37th anniversary. I built this model as it is my lifelong dream-car, and as i felt as though this model would provide a suitable challenge, in particular the 7-stud wide construction and the distinctive side molding stripe. This Ae86 recreation would be hugely successful among both enthusiasts of the automotive community and of anime and Japanese culture, due to its significance in Motorsport and its contribution to the success of the initial d manga series.