Coldplay - A Head Full of Dreams 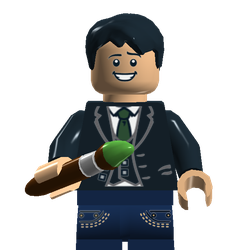 Coldplay are a British rock band formed in 1996 by lead vocalist and pianist Chris Martin and lead guitarist Jonny Buckland at University College London (UCL). After they formed under the name Pectoralz, Guy Berryman joined the group as a bassist and they changed their name to Starfish. Will Champion joined as a drummer and backing vocalist, completing the performing line-up. The band renamed themselves "Coldplay" in 1998.

With the recent concert tour of "A Head Full of Dreams", Coldplay's popularity has risen drastically, therefore why not create a project of a popular group.

The set is a concert stage, so the builders will be able to use it for their own customs and other play features.

This set will include 4 exclusive minifigures of the group: