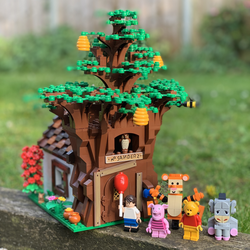 The Snowdog is from the ever popular animated short film The Snowman and the Snowdog.

As a young child every Christmas we would sit as a family and watch The Snowman, this has never stopped for me and now every Christmas I snuggle up on the sofa with my wife, toddler and the dog and watch the latest animated film in the series, The Snowman and the Snowdog.

For me the Snowdog has to be the cutest animated dog in the world and this love of him gave me the idea of creating him.

He has been created with full movement allowing him to stand, sit, beg and also show expressions of happiness or sadness due to his moveable head, ears, mouth and tail.

His main features are:

- Legs that can be moved to stand, sit or beg positions.

- Fully moving “sock” ears which can be positioned up, down or to the side.

- A tail which can be put up, down or to the side.

- A mouth which opens and closes.

- “Mittens” on either side of his body.

I thought that creating the Snowdog would make a lovely little fun build for all the family to love and enjoy.

I hope you like my idea and your support of it would be greatly received.