Buck Rogers in the 25th Century was a science-fiction TV series, developed by Glen A. Larson and Leslie Stevens. It was based in the comic character Buck Rogers, created in 1928 by Philip Francis Nowlan. The TV series ran for two seasons between 1979 and 1981.

In 1987, NASA launches a spaceship called Ranger 3. In a strange mishap, Ranger 3 and its pilot, Captain William "Buck" Rogers, are blown out of their trajectory into an new orbit which freezes his life support systems, and return Buck Rogers to Earth, 504 years later. Thanks to advances in cryogenics techniques Buck Rogers was rescued unharmed.

The civilization on Earth was rebuilt following a devastating nuclear war that occurred on 1987, and is now under the government of the Earth Defense Directorate (EDD).

Buck Rogers cooperates with EDD to keep the Earth safe, and he does it with great success and style, thanks to his insight and his skills as a fighter pilot.

He works closely with Colonel Wilma Deering and is helped by Twiki (an adorable robot) and Dr. Theo (an artificial intelligence that participates in the government of the Earth). 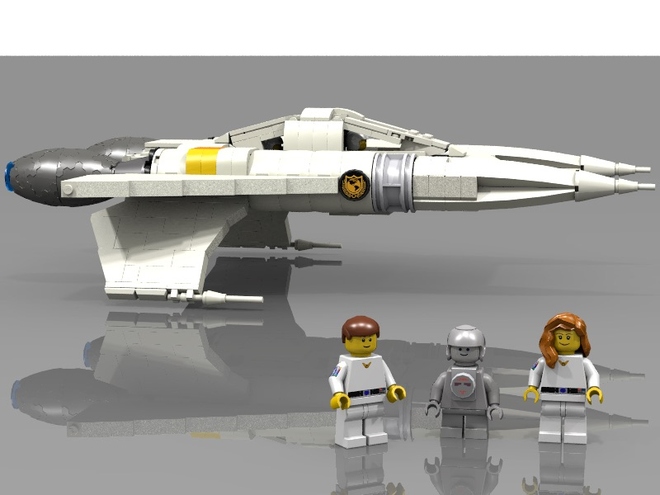 The Thunderfighter is a medium starfighter used by the Earth Defense Directorate in the 25th century. It is powered by two ion engines and it fits a pilot and a passenger.

The Thunderfighter was designed by Ralph McQuarrie. McQuarrie was an American conceptual designer and illustrator, his career included work in the original Star Wars trilogy (he designed the conceptual models of Darth Vader, R2-D2 and C-3PO), Battlestar Galactica, Close Encounters of the Third Kind and E.T. the Extra-Terrestrial). 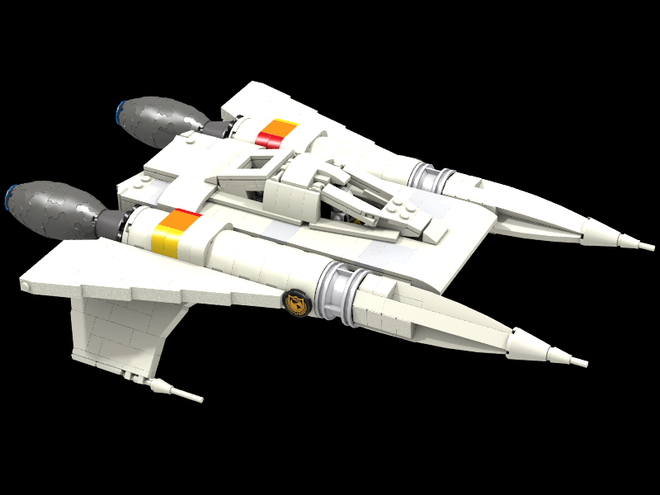 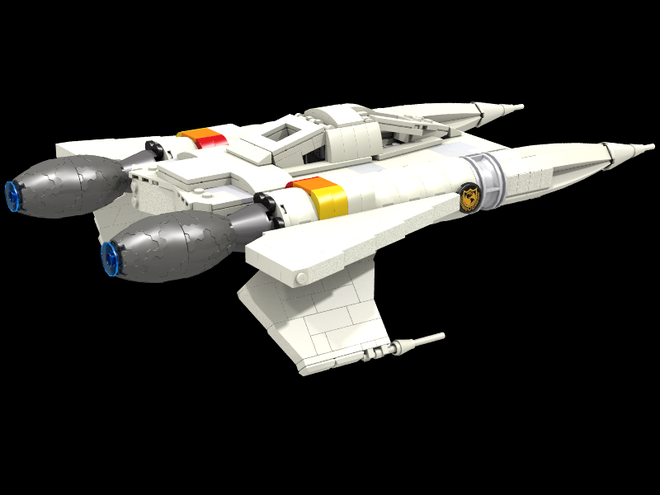 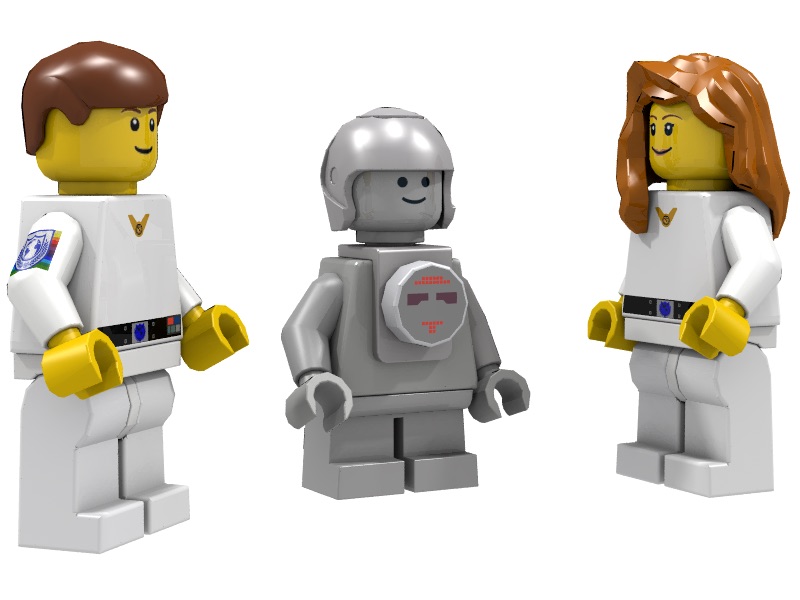 This project could become an official LEGO set if it gathers 10,000 votes. Voting is easy, free and without any obligation, you just have to press the blue button "Support". If you do not have an account on LEGO Ideas, you must register, you will receive an email to activate your account and then you can already vote.

If you really liked the LEGO Buck Rogers - Thunderfighter Project, please consider sharing it on your blog, website, facebook or twitter, and invite your friends to check it out and vote. Social networks are very effective in promoting a project and every vote is needed.