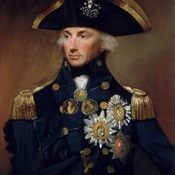 When you here the word Ancient Egypt the first thing that comes to mind is the Sphnyx, The Great Pyramids of Giza, and Tutankamun. My project gives you the ability to put yourself in the shoes of one of the most well known Pharaohs in Ancient Egyptian history whose vision was to build the largest of the Pyramids of Giza and even outshines his successors his name is Khufu. My project gives you a glimpse of Khufu's Pyramid when it was first finished in the year 2560BC and took between 14- 20 years durring his reign to complete in the 26th century BC 4th dynasty or known simply by every well known Egyptologist as the Old Kingdom. The real Pyramid of Khufu is 480ft(146M)high and is 115,174M(755.75ft) wide at its base. Khufu's Pyramid was built to house his soul for eternity and is the oldest and the biggest of the Great Pyramids of Giza. The inspiration behind my LEGO ideas project is to help preserve one of the seven wonders of the world so that future generations can enjoy one of the marvels of Ancient Egyptian Archtechtural Enginering. The proposal I am making is to give people a window in time to the 26th Century BC 4th dynasty durring the reign of Pharaoh Khufu. The design process that I used involved seperating the pyramid into four courners and filling one courner at a time which helped speed up the design process. When people see the Great Pyramids of Giza today they see strutures that have withstood the test of time despite being ravaged by looters for the white marble that used to cover it and it still inspires people to do great things in their lives today. The Ancient Egyptians had a unique belief that the Pharaoh was the son of the god Amun which made the pharaoh appear to the ordinay people that he himself was a god and was worshiped as one in turn. It was also belived that the soul of Khufu travelled to the afterlife from his body through the pyramid durring the day and travelled back to his body at night.