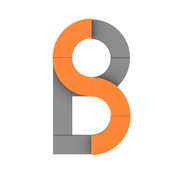 By BrickStability
81 comments
The Idea
With this idea I want to pay a tribute to the most famous trading card game in the world.
For those who don't know it yet, I'm talking about Magic: The Gathering, born in 1993 and played by several million people around the world.
It is impossible to describe the world of Magic in these few lines.
To simplify, I can say that each player impersonates a wizard and the cards at his disposal represent the spells to be used to fight in a battle with another or more wizards.
These cards, in addition to representing spells, tell stories of invasions of beings from other worlds, dragons, humans, goblins, elves, narrate the travels of planes walkers and legendary battles.
One of the battles left in history is the one that took place on Dominaria, where the crew of the Skyship Weatherlight opposed the invasion of Yawgmoth, the ruler of Phyrexia.
I have many friends who, like me, have loved Magic since its inception, and have grown up with LEGO constructions.
Why not bring together these two incredible worlds that accompanied the childhood and adolescence of millions of people?
So here is the idea of ​​recreating Skyship Weatherlight with LEGO.
The Skyship Weatherlight is a flying ship designed by Urza, able to move between planes, that are self-contained worlds or universes found within the Multiverse of Magic: The Gathering.
The Project
The Skyship Weatherlight has appeared on several cards. For this project I chose to give life to the Skyship described in the book "The Art of Magic The Gathering: The Rath Cycle".
The ship is 330 feet long, 74 feet wide and weighs 4100 tons. To best represent these dimensions, I decided to develop the model using "Trophy fig" scale.
The model is 30.3 inches (77.1 cm) long, for a total of 1636 pieces. The sails have a characteristic arch shape, and both masts are movable. The ship has two decks (front and rear), and access doors to the bridge and cabins.
The skeleton of the ship is composed of Thran metal and Weatherseed, the seed of the oldest Yavimaya magnigoth tree.
The crew could not be missing to complete the project. The original crew consisted of 13 legendary creatures, although the ship can accommodate around 40 members.
I have decided to represent the ship's captain Sisay, Commander Gerrard Capashen and Karn the silver golem.
I hope you'll like this idea and that even those who do not know the ship or are not fans of Magic: The Gathering can appreciate its characteristic shape and hull lines, and want to support this project with the hope of being able to admire it in a LEGO store!