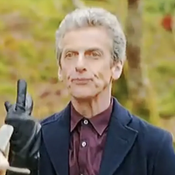 By BrickierOnTheInside
11 comments
My build is a 34cm high mech with space for one pilot. It holds a shield and a sword. The sword can be put into the sheath at the hip of the Mech. There are also turn-activated blasters at the shoulders for extra security of the pilot. It can also hover using wings in the back.
I built this because I have recently been building mini mechs, and thought it would be a challenge to try and build a huge one. I also wanted to think of a creative way to use pieces from sets, such as the mech’s weapon, a piece from a Ninjago set.
I think this would make a good LEGO set because it is quite realistic and looks great as a display model. It is also a new type of LEGO ideas model, as I do not think that there has ever been a Mech set released by LEGO Ideas.