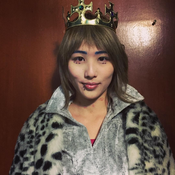 By Colorful President
9 comments
The birth of Melody was inspired by the fairy tale "Little Red Riding Hood". In 1975, Sanrio asked for votes on the subject of "Fairy Wolf's Favorite Animal". As a result, the rabbit got the most votes, so this cute little white rabbit then came on stage. At first, her name was "Little Red Riding Hood", but it was renamed "My Melody" the following year.
In 1976, Melody’s good friend, the little mouse, Flando (Flat), appeared. In 1983, his younger brother Rhythm appeared, but fell silent at the end of the 1980s. Until 1997, Melody was suddenly loved by Japanese high school girls in a magazine vote. Become the most popular character besides Hello Kitty. From then on Melody-related toys and boutiques became popular.