The Pantheon in Roma 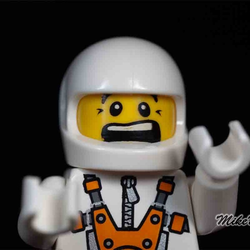 The Pantheon is the fabulous Roman temple that survived all the demolitions of the antic city. Built in 125 after JC by Adrien, the Emperator, in replacement of a burning temple of Agrippa, it was transformed into a church in the 7th century.

Two steeples are added to it in the 17th century by the great architect "Bernini" and dismantled in 1885.

The game not only allows to visualize the interior with its columns and niches, its rich marbles and its polycgromie which contrasts with the sober appearance of the stone outside. In addition, the bell towers of Bernini can be put on or off from the set, and the ancient statues removed to represent the pantheon at different times.

The set of 916 pieces included silkscreened parts to better make the extraordinary atmosphere of the interior. The central occulus is left open as in reality to allow a vision from the portico with the light radiation penetrating the cella.

Hoping that this set will please you, enjoy :)