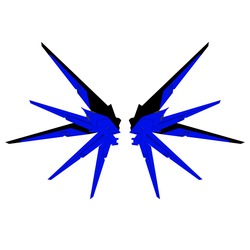 This is my LEGO - Gundam creation, base on a gundam frame in series "Mobile Suit Gundam - Iron Blooded Orphans".
Barbatos was named after the 8th demon in 72 demons of Solomon. "Lupus" is the upgrade form used in the second season of the series.

Watch the video in my youtube channel for the Full Articulation and Building Instruction: https://www.youtube.com/channel/UC9ZlMk-PW3hKg4ZOzzGd2pg?view_as=subscriber