Imladris, the Last Homely House - the Elven settlement was known by many names, though its paths were shrouded in secrecy and enchantment. Perched among waterfalls in a hidden valley in the foothills of the Misty Mountains, Elrond's home provided a safe haven for Thorin's company during the quest for Erebor and Frodo's party when they sought refuge from Sauron's wraiths. It was at Elrond's council in Rivendell that the Fellowship of the Ring was born and the quest to destroy the One began.

I made a modular Rivendell in currently 6 Parts. Please click on the images, to see it in full size. 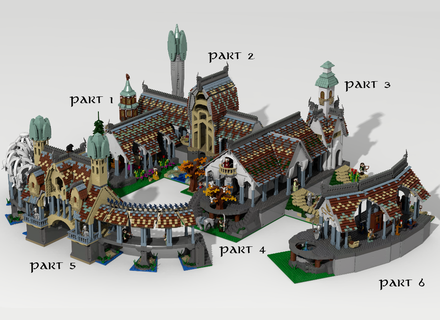 There could be more. For a example a blacksmith, a stable, a pavilion or a bridge. The white council is in progress. Every part can stand for itself, but you can collect all of them and build the whole Rivendell from The Lord of the Rings and The Hobbit. Both are very different! (It's still different in LotR) ;-) However they they are quite simillar.
Actually I made another Rivendell which is way bigger, but I came to the conclusion that it would be too expensive, so I decided to build the option of Rivendell which can be seen in The Fellowship of the Ring.

You can change and combine all parts like you want.

Find out in how many ways you can come up with. The patterns on the roofs are very detailed and based on the model of weta workshop which was used in the movie! 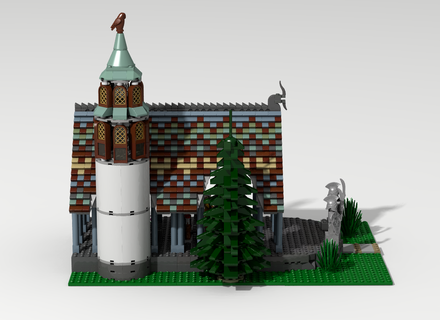 This set includes 1.728 pieces and has three segments: 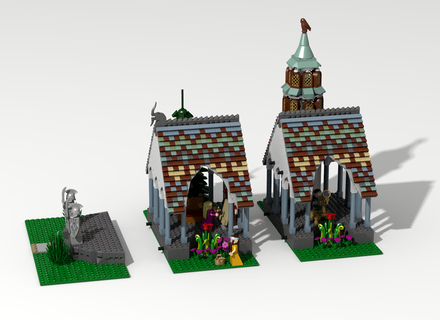 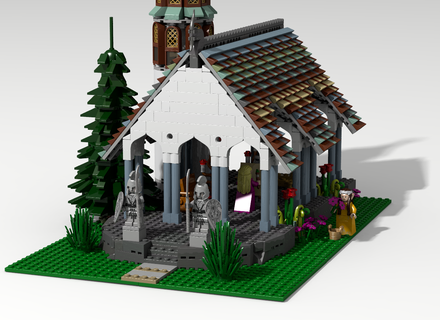 There are two elven-women, one elf, a owl, a easel, a sofa and of course Elrond's telescope. 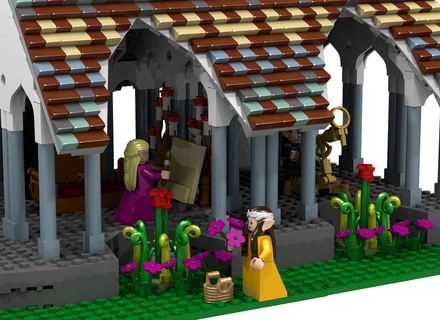 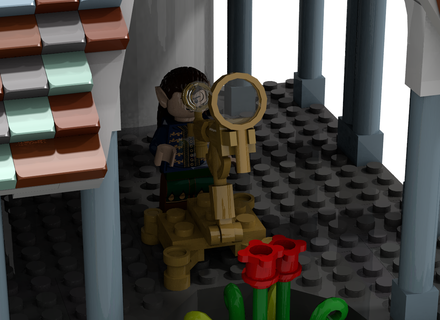 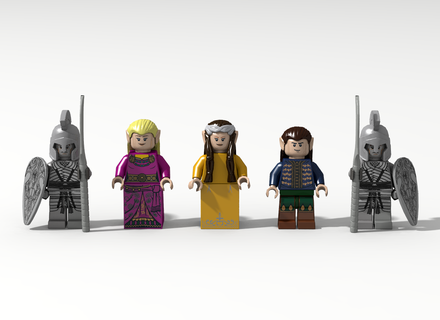