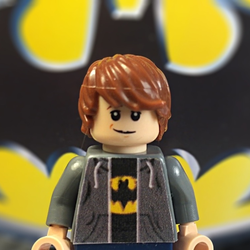 Jack Skellington, the king of Halloweentown, discovers Christmastown. He decides to take it upon himself to deliver gifts on Christmas day, with his pet Zero leading the way. Help Jack build his skeleton reindeer to get to his destination. The minifigures for this project are Jack Skellington and his pet Zero. Zero will be a custom brick, like in some of the lego princess sets that come with a pet. Also Zero and the skeleton reindeers will glow in the dark. This project contains Christmas presents and Jack's Santa sleight. The Jack Skellington minifigure has longer legs than the regular lego minifigure's legs. If Lego wants to make Jack's head as a custom mold that would be awesome.

I created this project based on Tim Burton's Nightmare Before Christmas film.