The Lord of the Rings Microscenes: The Siege of Isengard 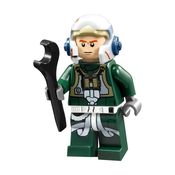 The Lord of the Rings Microscenes: The Siege of Isengard

"Come, my friends. The Ents are going to war. It is likely that we go to our doom. The last march of the Ents." -Treebeard

High up in the Tower of Orthanc, Saruman plans his next move. But the brave Ents Treebeard & Lindenroot march on the devastated land of Isengard, trying to put a stop to the wizard’s madness…

Saruman underestimates the mighty forest creatures, which will prove to be his downfall.

This microscene brings back a classic location from the Lord of the Rings film trilogy. The idea was to suggest the epic confrontation, in a small scale, using very few LEGO pieces.

This could make a fun promotion polybag, a LEGO Ideas first! This tiny set could be displayed within a larger LOTR landscape!

The set includes the Tower of Orthanc and two Ents.

Please support this project and thank you for stopping by !