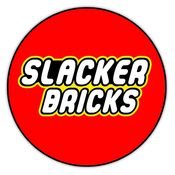 Inspiration behind the Idea
While I love a big castle, I've always been a fan of the smaller medieval and fantasy builds... things like outposts, hideouts, and lookouts. The Medieval Blacksmith reignited my interest in building a 'castle', and I set out to create something that might work with two of my favourite childhood factions, the Forestmen and Wolfpack. I loved the 'outlaw' storyline these factions were given, and I felt it made perfect sense their outpost would be located in the ruins of an old fortification. While I have gone with traditional Wolfpack colours and insignia, this could easily work in any fantasy or medieval setting with any faction. I like to imagine the Wolfpack use it as a hideout for planning their raids and storing their riches. The model is designed with both play and display in mind... just imagine the storylines this Forest Outpost could inspire!
About the Model
The model depicts the overgrown ruins of a fortification with a large tree emerging from a tower. A small raised area with a roof that has been built to offer a lookout and defensive point. The space below is used for storing supplies and keeping a horse. The back section of the tower opens on hinges to allow access. Inside there are prison cells, extra weapons, a banner, some small tables with mugs for ale, storage barrels, and stairs leading to a platform with ladder access to the top of the turret/roof. There is also a cart/wagon included. The model sits on a detailed base with a well and pathway surrounding the build. A secondary large tree and some rubble stand to the right of the main model and have been designed on a standalone base, so they can be reconfigured for maximum play and display value.
This Idea proposes 3 minifigures and a horse. Again, while I went with Wolfpack colours and insignia, this build would be a fantastic model without their inclusion... but hey, one can hope!
Thanks for the support so far - please continue to share and spread the word!