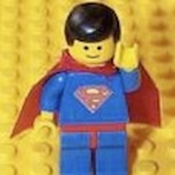 A long time ago, in a galaxy far, far away, the Jedi upheld an ancient order of peace and virtue. Protectors of the people, guardians of the galaxy, the Jedi selflessly put the fate of the galaxy before the needs of themselves. No single place is home to a Jedi as the entire galaxy is their domain. Yet, their ancient palace headquarters was based on top of a sacred mountain on the capital planet of Coruscant. The Great Temple of the Jedi stood as a beacon of knowledge, self-discipline and respect for the peace and harmony of the universe.

Now YOU can unlock the secrets of the Jedi Temple. This Lego set features the High Council Chamber on the top platform as the Jedi masters convene. The platform removes to reveal the inner blueprint of the temple including the Jedi Archives, youngling training rooms, the Hall of Knighthood, meditation rooms, a secret back entrance and the mountain peak of the holy foundation the temple itself is built upon. One of my favorite parts is how the façade of the Temple showcases statues of the ancient Jedi masters. (Not sure if these would look better in tan).

I built this model when I was younger without referencing the depiction in the movies, as I just needed a place to house all the Jedi I acquired. I will work on updates in my spare time...will probably have to wait for the fall as I run a summer camp (Camp Towanda) with my family. After looking at it again, when I rebuild it, it would have the spires and take the form of the ziggurat design as in the films, but because I worked off of the Adventures Sphinx set base it would have been too small to allow for an adequate interior.  With regards to the top platform, instead of having it as a separate piece that completely removes it could open up down the center with hinges on the sides allowing for another scene to take place on the reverse side. Or the whole building could open up down the middle. Well I hope you enjoy this set idea so that it can be a reality!   -JR