By MrViscom78
5 comments
What is Cuusoo?
There is a small but possible chance that you have encountered this page without knowing what this website is about.

Cuusoo is a site where people submit ideas for new LEGO sets. If the project can get 10,000 supporters then LEGO will review the project. If LEGO likes the idea, then they will create their own version of the project and mass produce it to make it available to you.
It is completely free! When you click support, you are not making any promise to purchase the set or spend any money whatsoever. You are simply saying you believe LEGO should make this set so everyone has a chance to buy it.

The story of Sock Monkeys can be traced back to the early 1930's, when the Nelson Knitting Company added the now-famous red heel to its socks. When used to make the puppets, the red heel would form the monkey's distinctive mouth. The Rockford, Illinois-based company eventually discovered that its socks were being used to make sock puppets. By 1955 the company began including a sock monkey pattern in each pack of socks. The popularity of sock monkeys has continued ever since, and today these whimsical toys are more popular than ever. This project would use traditional minifigure parts with special printing.

How would a monkey get around? In a banana of course. It's no longer a two wheel cycle with appeal. Now it has three. Nothing beats building with actual Lego bricks. When I began to build it with two wheels it would tip from side to side and tip backwards from the weight. I added that extra stability with the extra wheel. When I built the peal the pieces came off to easily. I strengthened them and added a S.N.O.T seat instead of the standard seat. I even reduced the piece count with the rebuild. 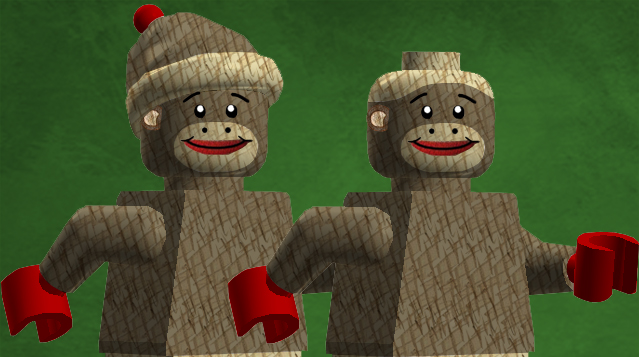 Here he is with his hat on and his hat off. I think he looks good either way. 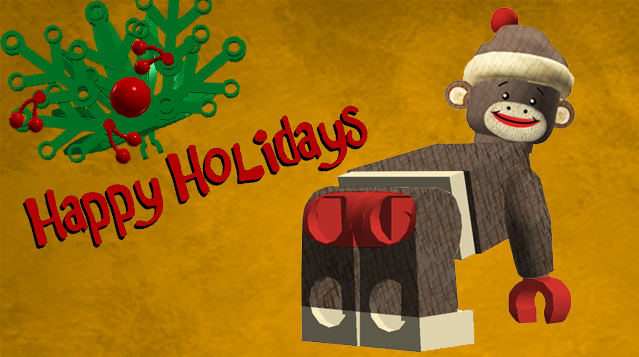 Is that misletoe? Here is a little holiday cheer brought to you from Lego sock monkey on Youtube. 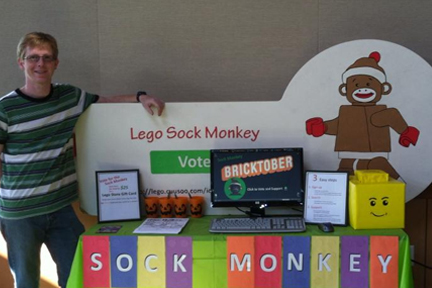 Here I am at Nicholas Conservatory in Rockford Illinois for 2013's Bricktober event. Last Year Sean Kenny built a replica of the new green house and this year Builder Bruce Lowell will be building a monarch butterfly, a toucan, and a hibiscus flower. See what its all about on Youtube. 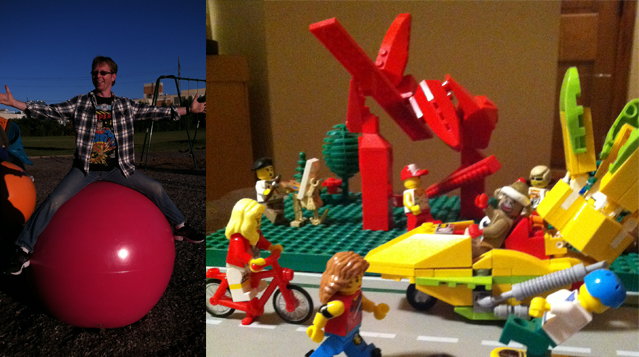 I built the Banana Mobile and the Sock Monkey riding down the bike path in Rockford by the Rockford Symbol. Its pretty cool that the Symbol, Minifigures, and I have been around for 35 years.