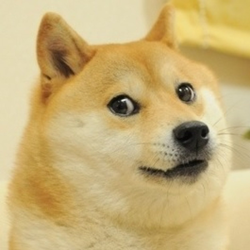 In 2728, during the Age of Combative Mechanical Engineering, huge, towering Robots, each belonging to a separate faction, armed with superior technology, unmatched speed, and indestructible strength, rose to the battlefields of all sectors. They quickly gained ground, and wiped out complete armies that stood in their way. They became a symbol of power, and victory. The Husky II, an advanced version of the first Robot ever made - The Husky, was built to challenge all other Robots who threatened its faction.

The second version of The Husky - Larger, Stronger, Faster, and even more Epic. Unlike The Husky, it has articulated arms, and advanced weaponry. It has larger legs in proportion to The Husky, with huge pistons to launch each leg forward, making it impossible to run from Husky II. On the right arm is a titanic Rail Cannon, which is able to destroy targets in space, a treacherous Grasper Claw with a search light, and a deadly Armor Piercing Cannon. On the left arm is a lethal Anti-Vehicle Cannon, a homing Anti-Aircraft Missile Launcher, and a revolving hand with a gargantuan Steel Sword. On the Bridge, there is a precise Artillery Cannon, dual front-mounted Machine Guns, and two blinding Floodlights. There are four glow-in-the-dark Stealth Eyes on the front of the Bridge.