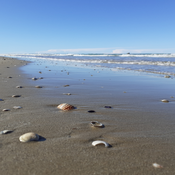 By Danybrick
28 comments
I have been a fan of LEGO from an early age and also have a passion for history and archaeology. I wanted to try to put these two passions together and I created "The Mysterious Pyramid". It all comes from the passion of two explorers who, during an excursion, come across an ancient pyramid. The weather, the bad weather, the raids of tomb thieves have reduced it very badly. But some parts have survived to this day, they have never been discovered. The two explorers slowly enter the pyramid, they will have some great surprises. Hidden rooms, secret passages, immense treasures, abandoned skeletons, the pharaoh's tomb! The latter has no access doors, folding an old torch opens a tiny opening in the wall. The basement contains a room with a floor covered with crystals and a golden sword. This room is also closed, only a small hidden slot allows you to see its contents. The grave robbers had lived in the underground part, even hiding their loot under the floor. The biggest secret is under the tip of the pyramid. Only by building it you will be able to discover all its secrets, a huge thanks to those who will support me!