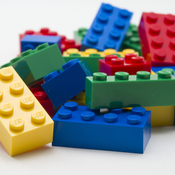 Have you ever wanted to make a Lego studio. If you did you're lucky because I made a filming set.

the set comes with:

You can get anywhere with it's camera. To keep the camera up you get a piece to hold it up, you can remove that piece so you cane move the crane freely.

This cranes are made to get just a bit of the ground. It's tall as a minifigure and a half.

This camera doesn't use the Lego camera instead it's all brick build. The camera has a handle so a minifigure can rotate it.

This camera will serve you as camera to go. It's supposed to represent those cameras that are very easy to move and set-up.

You know, in photography industry, those big shiny umbrellas. Well those are used as reflectors. That's what thoes are, reflectors.

There isn't much about this photo camera. It's a normal Lego camera but with few more pieces.