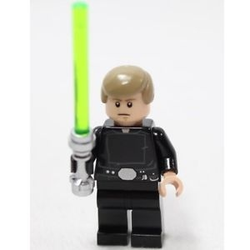 This is a remake of the jedi temeple from Star Wars episode 1-3. The set has 9 setas for council members (i know there is 12 members but that should take to much space). Behind the council there is some holders for therelightsabers. There is also a small holocronvault with space for 9 holocorns (only 8 is with the set beacuse it should look like somone is using the holocron). The roof should be able to be taked of but ldd didn´t support that method so it´s not working in the model but I hope LEGO can fix it.  the doors to the council can slide up but thats not on a picture because ldd don´t support the way they opening (but it should work in real lego). I also leaving 2 spots for Lego to put something in.The minifigs that wants included are Yoda, Mace Windu, Ki Adi Mundi, Ploo Koon, Sease Tiin, Eeth Koth, Adi Galia, Obi-Wan Kenobi, Even Piell, Anakin Skywalker, 501st legion clones (phase 2) x6, temple gaurds and the jedi librarian.