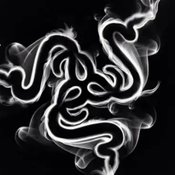 The KTM X-Bow is an ultra light sports car for both road and race use, produced by Austrian motor cycle manufacturer KTM.
The X-Bow was first launched at the Geneva Motor Show In 2008 and was the first car in their product range developed in collaboration with Kiska Design, Audi and Dallara. The X-Bow is powered by a turbo charged 2.0 litre TFSI engine from Audi complete with a six speed gearbox and a pushrod-activated double wishbone suspension.
In 2008 it was voted “Sports Car of the Year” by the well renowned British car programme Top Gear.
The unique design of the X-Bow including it’s outstanding aerodynamics was what inspired me to re-create this particular sports car out of Lego, and by doing so making this my first ever Lego Ideas project.
I’ve been addicted to Lego since I was about five years old when I had my first Lego set for Christmas.
Thank you Lego for all the fun I’ve had along the way. It’s one hobby I will never tire of that’s for sure!
The project took me over 2 years to complete, but it was worth it! I come from an engineering background where I’ve gained a vast amount of knowledge and experience working with hydraulics, pneumatics, electrics and various mechanical systems. All this helped me immensely with the design and build of this truly amazing car.
There were however some very challenging times along the way. Firstly the actual scale of the build proved tricky, as I wanted to make it as big as I possibly could with the parts I had available to me at the time.
I have used parts from various different sets including the Porsche 911 GT3RS to the Lamborghini Sian to name just a few. I eventually settled for a 1:8 scale model which I feel so very proud of, especially as I was able to include the RC element to the car.
The next hurdle I came across was with design of the suspension system, as the X-Bow has a unique push rod suspension system. It took me around 3 months to design, which resulted in a lot of sleepless nights trying to perfect until I eventually came up with a design which worked perfectly and more importantly I was happy with.
I was ready now to design the chassis of X-Bow. I spent many hours looking at various pictures which I had found on the internet. I thought this stage of the build would be easy? I was so wrong!!
Especially when it came to incorporating all the additional features I wanted to include like a working Lego engine with working radiator fans, also not forgetting that all important RC element too! It resulted in having to re-design the whole of the rear chassis to achieve this.
I also had difficulty in finding the right body panels or should I say which panels to use as there were various different ways I could have tackled this. It was kinda like doing a Jigsaw puzzle blindfolded. Once I’d solved the puzzle I was able to move into the final part of the project, adding in the RC element which would include the steering motor, drive motor, gearing and also the battery box.
At last my project was finally complete!!
KTM X-Bow - Project Features
* Detailed working engine which includes an exhaust manifold together with the turbo, air filter box and pipes
* Working independent suspension which includes the detailed push rod front suspension system, just like the actual car it’s self has!
* 2 x working radiator fans
* Radio controlled car with steering and Drive unit.
Dimensions
Width 13.0 Inches
Length 22.4 Inches
Height 8.2 Inches
Weight 88.85 Ounce ( 2434.8 Grams)
Total parts 2324
Total lots 215